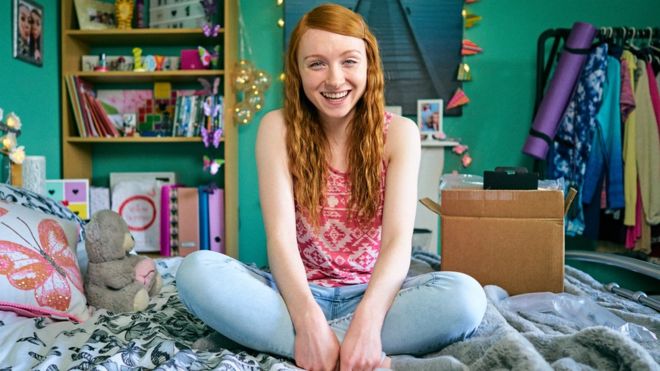 ‘Overshadowed’ – the new BBC 3 mini-drama on anorexia, deals with the difficult portrayal of a horrific illness. The series depicts the brutal reality of anorexia without glamourizing the illness.

Something quite unique to this portrayal, which may ring true to many anorexia sufferers, is the personification of the anorexic ‘voice’.  This ‘voice’ is often with the sufferer day and night, speaking to them as loudly and clearly as a real person. As portrayed in ‘Overshadowed’, this voice often starts as a friend – encouraging diet and exercise, praising the sufferer for their weight loss. Many find this comforting. As the illness progresses, the voice turns from friend to foe. The voice becomes critical, malicious. The voice tells the sufferer that they are ‘worthless’ or berates them for ‘lacking willpower’ to practice extreme diet and exercise regimes. It encourages them to distance themselves from friends and family who may be trying to help. Many anorexics will not admit to hearing a voice. But more often than not, it is absolutely there.

NeuroLinguistic Programming (NLP) techniques can help sufferers to actually control this voice in a way that other treatments cannot. At the NCFED we are trained to bring the Voice under control.

It is important to note that this mini-series was filmed over just 12 days and the lead actress Michelle Fox, whilst certainly petite, did not lose any weight for this portrayal. Weight-loss type effects were achieved with make-up and clothing. The script was written by Eva O’Connor, who is a recovered anorexic herself, which may explain why this portrayal of the anorexic experience is more accurate than many others. In fact, Eva personally plays the role of the anorexic voice.

If you or a loved one is affected by any of the issues raised in this program, get in touch with the NCFED for help.