It is more common than you think 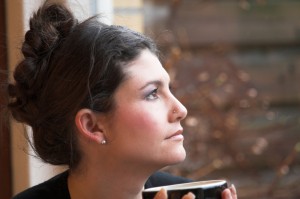 There is no such thing as chewing and spitting disorder. It’s just a behaviour that is not uncommon in people with eating problems.  I had a young guest at home once, whose waste paper basket was full of half chewed candies and chocolates all hidden in tissue paper.  She never knew I knew. People who have eating issues find it hard to be in an environment where there is tasty food all around. They want it, they want the feel of it and the ownership of it. But they are scared to eat it in case it will make them fat. In some cases there is a small craving and in other cases a big craving. It feels like a mouth hunger and just a taste will help them to cope with the cravings, but they don’t want the rest of it. So they spit it out. No calories. Simple. Chewing and spitting has an effect on the brain that you don’t realise is happening. Some foods like chocolate and ice cream which melt in the mouth are high in volatiles, these are substances that are released in the warmth of our mouth and they float around in the air.   When the back of your nose gets the volatiles in food,  the brain gets a hit of opioids like dopamine which make you  feel good and a little more relaxed.   Basically, chewing and spitting is not unlike snorting cocaine.  The downside is that you can become addicted to it and what seems like a bad habit becomes a compulsion. People who are vulnerable to developing a compulsion of this kind are likely to be sensitive and anxious. They need something like this to calm them down when life feels tough. They may believe that chewing food and spitting it out will not cause harm, but there is a risk that they take in more calories than they think.  They can get a hefty dose of sugar and fat that clings to the tongue and unwittingly passes into the digestive system. Chewing and spitting out  a box of chocolates will absorb about a third of the calories in the box. It would be better to eat three whole chocolates and put away the rest.  But when you have an eating problem, once you start it feels impossible to stop. You are possessed. Chewing and spitting is particularly common in people with anorexia who struggle with cravings and it is common among people who eat compulsively and also do not allow themselves to eat their favourite foods in small amounts.  They feel ashamed of what they are doing and often don’t confess to ding it even if they keep a food diary for their therapist. Many spitters think that they are the only people to do it.

How to Stop Chewing and Spitting