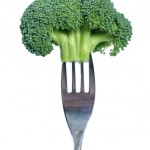 I wrote this recently to a parent who was worried about their child. Let’s call these “The “anorexias.”

Anorexia is not just an illness suffered by someone who is skeletal. There are several variants of anorexia nervosa which is wrongly named the “slimmer’s disease” Anorexia is not just caused by the wish to be thin. There is classical anorexia where people exist in a skeletal and lonely wasteland. There are people who function better and are not so thin. A doctor may not be unduly worried; but you know that eating rules their very life. It would be dangerous not to have a proper assessment and ongoing monitoring in case things take a sudden turn for the worse, which often happens. Once identified as restricting past the point of a normal diet, something serious is taking place.

Let me try to get you into the heart and mind of someone with one of the “anorexias.”

Anorexia is about a fear of all is food which akin to a phobia, or fear of foods deemed fattening or unclean. It is also a wish to be “thinner” as a bizarre sense of being “in control” and ideas about weight and shape dominate every aspect of self worth.

The fear of food can begin as a simple desire to lose some weight, which is triggered by almost anything. A friend who is dieting, exam stress, or stress with friends. This fear becomes progressive, and justified by thoughts such as being allergic to certain foods, or needing to avoid certain types of food like fats or carbohydrates or meat, which come to be considered wrong or unsafe. Or impure.

The ideas about these foods are irrational but are justified by things people learn from others or read about in the media. A person only feels safe and “clean” by foregoing those foods and the more certain foods are avoided, the more they grow a fear of eating them.

Although a sufferer might be dimly aware that no harm will come from having a small bit of butter, their thoughts have emotional conviction and when a forbidden food is eaten or considered they feel catastrophic emotions. Anorexic people work very hard to avoid exposure to dangerous foods,. They do this by by eating on their own, by refusing to go out and have fun with other people; by exercising a great deal, sometimes by using alcohol or drugs and sometimes by purging to ensure that everything “gets out”.

Once this phobia is in place, it is very much self-reinforcing and resistant to any form of common sense or appeal to basic wisdom. Horrible physical feelings can rise up when someone eats. This is often just a side effect of starving but it convinces the sufferer that food is as dangerous as they believe it is. Sufferers usually hear a voice outside them, exhorting them to eat less, while also calling them fat and disgusting if they do eat. This voice led us once to think of anorexia as a form of schizophrenia but there are now many different explanations of what the “anorexias” really are about.

These explanations are too complex to discuss in a short letter, but all experts agree that what begins as an attempt just to “feel better” by looking more “attractive” or being more “healthy” becomes “useful”. Restricting food becomes a way of managing emotions, a way to deal with life by paring it down to a simple set of rules, a way of avoiding conflict with others, and a way to avoid sexual feelings and experiences.

What is common in people with the “anorexias” is that BEFORE the illness kicks in, they sense they have some personal deficiencies that make them feel inferior to other people, even if to the outsider they are doing very well. These personal deficits are most keenly felt at the point in life where a person most needs them, usually in adolescence where we are trying to develop an identity of our own, free from the rules and protections of our younger self. It isn’t correct to ask if anorexia is just a way of getting attention. They certainly get attention yet they don’t want it. They are emotionally fragile inside, but they appear strong in their resolution not to eat. They are sick but they say they are well. This is an illness full of contradictions, and the needs of anorexics are not met by getting together who try to prove that they are making a lifestyle choice. What they need is a therapist who understands how to convince them that the real problem isn’t food, it is how they THINK about food and who can help them to love themselves better so that they could not abuse themselves in this way.

And this will mean a great deal of strengthening and personal growth.

There is no single cause of anorexia. Some experts think that anorexia is there from birth, waiting to come out if triggered by events at the wrong time, when someone isn’t coping very well. It is a mental illness emerging in people who are sensitive, with impossibly high expectations of themselves and who have very low self esteem. Keeping away from certain foods (for all the wrong reasons) is one thing that they feel or proud about good at, and it confers on them a sense of being special and unique in the only way possible. For all these reasons, and despite all the pain it causes them, people with the “anorexias” are fiercely resistant to change.

It does us no good therefore to point to how ill they look or how weak and cold they are or even to the damage they are doing to their bodies. The more anxious we become, the more convinced they are that no harm will come to them. Anorexia is a very unique kind of mental illness where there emerges an irrational self which suppresses the real thinking and common sense self; the one which allows us all to make reasonably responsible decisions for our own self care.

Most parents quail at the mention of a mental illness in someone who is getting on with other things in life. It is the last thing we want to hear about a child who is lovely and possibly doing so well in other things. None the less, self starvation in whatever way it is done is a dangerous and sometimes life-threatening compulsion. How dangerous it is depends on the things they do to themselves to keep their weight down (like purging) or running marathons on empty. The “anorexias” have a high mortality rate, more often by suicide rather than starvation. On the other hand, 80% of sufferers usually get well but not without some scars.

The average lifespan of the illness is about 7 years during which there may be effects on education, physical health and great family suffering. Treatment involves the family who have a crucial role to play plus medical, nutritional and expert psychological help. To get well, someone with one of the “anorexias” will need to reach a “turning point’ in which they become fully aware of what is happening to them and they are able to make a conscious decision to fight the voices in their head. Until they get to the turning point they will resist, cheat, lie and hide to get people off their back. They may lose precious time like the ability to continue with their studies for a while. This is because they are petrified of change.

To get to this turning point therefore you need one kind of help which can take time. You need to know that sometimes intervention will make things worse in the short term but this would have happened anyway. Then we will need to keep your loved one safe in any way we can.

And I have to say this, if there is bulimia in any shape or form treatment is all the more urgent because this can become a secondary addiction which is even more sinister to health and wellbeing.

You cannot PERSUADE someone to eat more; they have to agree to take it on before the fear is gone so that they confront those fears on their own. At times, and in serious cases, we have to make feeding non-negotiable so that there is a degree of physical improvement which will confront food fears directly and help someone to think more clearly. After all, a starving brain cannot think rationally.

Sometimes this can be done at home with proper parental training, and sometimes it can only be done in a hospital or clinic or even with a feeding tube. Fortunately, this is rare. The nature of this illness as desired makes older people all the less willing to accept help but you will need to find a way to make this non negotiable in any way you can. Nutritional help on its own help will not be sustained unless there is intensive psychological strengthening as well.

This turning point, it can happen after one year, or two or seven or decades. Clearly we want to try and bring it forward so we have a willing participant in therapy rather than a hostile opponent. People on the road to recovery from the “anorexias” do welcome guidance from someone who really understands anorexia completely and who can help them to feel deserving of having food. We have to work on perfectionism and give these people a whole new vocabulary of emotions to communicate to people around them. Relapses are to be expected now and then.

All people who start restricting food, or certain nutrients need a thorough assessment and a referral to whatever is in their best interests now. You as parents will need to learn what is helpful as a way of confronting this illness and what is not. There is no quick fix, but please have hope but please have hope, this is nasty but there is a strong chance of recovery and the more quickly this gets addressed, the faster it can be.